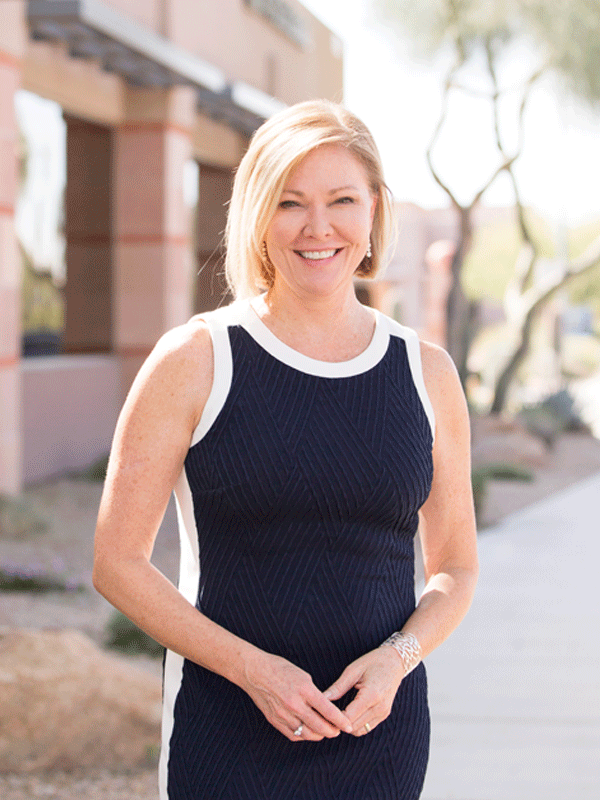 A Word from Dr. Wilder

"LifeScape's Concierge Care provides a completely different kind of healthcare. One that focuses on the totality of you. Our award-winning practice puts the patients first. We go well beyond simply throwing prescriptions at a problem, and look at the root causes of illness. We invite you to experience the difference Concierge Care can make. We’re committed to ‘whole health for a whole life’ for you at LifeScape."

Susan Wilder, MD, IFMCP is the founder and CEO of LifeScape. She received her Bachelor of Arts in Biology and Psychology from Washington University in St. Louis, Missouri and her medical degree from The George Washington University in Washington, DC. She completed her specialty training in Family Medicine as a commissioned Air Force officer at Joint Base Andrews, Maryland and then remained there as a faculty member and Assistant Chairman of the Department of Family Medicine. Dr. Wilder deployed to Africa during the Somali conflict as part of UN-sanctioned peacekeeping forces.

Following her honorable discharge at the rank of major, Dr. Wilder relocated to Arizona where she joined the Mayo Clinic, founding its Family Medicine residency program and serving as its first Director of Clinical Genomics Education. In 2003, Dr. Wilder left the Mayo Clinic to launch LifeScape.

Dr. Wilder is Board-Certified in Family Medicine and a Certified Functional Medicine Practitioner. She earned a Certificate of Added Qualifications in Sports Medicine, has advanced training in Clinical Genomics, completed a fellowship in Faculty Development at the University of North Carolina at Chapel Hill, and attended the Air Force’s School of Aerospace Medicine. She studied meditation with Deepak Chopra, brain health with Dr. Daniel Amen, human motivation with Tony Robbins, and Functional Medicine with the Cleveland Clinic’s Dr. Mark Hyman. Dr. Wilder has served on the faculty of the Uniformed Services University of the Health Sciences, The George Washington University School of Medicine and Health Sciences, and the Mayo Clinic College of Medicine. She currently teaches medical students from The University of Arizona and Southwest College of Naturopathic Medicine & Health Sciences.

Dr. Wilder is a renowned, national speaker, and media guest. Known for her forthright views on healthcare, she has been dubbed the “Medical Maverick” and is a regular guest on ABC15’s “Sonoran Living.” She has been a consultant to DreamWorks Television and a medical referral for several film and television productions, provides parenting advice on BabyFirstTV, is a member of Phoenix’s KPNX-TV Channel 12 “Health Team,” and is regularly sought out for her medical and healthcare policy opinions by national news outlets.

Dr. Wilder served as President of the Arizona Academy of Family Physicians, National Medical Director for Concierge Choice Physicians, and a Board Member of the Arizona Foundation for Women. Concierge Medicine Today lists her as one of only 21 “Top Doctors in Concierge Medicine” nationally while the Consumers Research Council, The Center for the Study of Services, and Best Doctors lists Dr. Wilder among the nation’s top Family Physicians. She is a manifold recipient of Phoenix magazine’s “Top Doc,” 101 North magazine’s “People’s Choice,” Arizona Foothills Magazine’s “Best of our Valley,” and Ranking Arizona’s “Best Family Doctors” awards. Phoenix magazine describes Dr. Wilder as “the active leader in her specialty.”

Dr. Wilder has received Arizona Business Magazine’s “Healthcare Leadership Award” and is one of Phoenix Business Journal’s “Outstanding Women in Business,” Entreprenista’s “Phoenix Women Entrepreneurs You Should Know,” and MASK’s “Women of Influence.” She is a member of Conscious Connections’ “2% Club” and was a Greater Phoenix Chamber of Commerce ATHENA and eWomenNetwork’s national “Made it to a Million” finalist and named Phoenix/Scottsdale “Mom Entrepreneur of the Year.” Arizona Foothills Magazine has named Dr. Wilder the “Most Influential Woman in the Valley.”

Under Dr. Wilder’s leadership, LifeScape participated in the ATHENAPowerLink Program and was named one of only fifteen facilitated “Future of Family Medicine” sites nationally, a Healthe Clinic model practice, a Center for Health Design show site, and one of bizAZ magazine’s “Top 10 Up-and-Coming Women-Owned Businesses.” LifeScape is the only medical practice to ever receive the Scottsdale Area Chamber of Commerce Sterling Award.

Get to Know Dr. Wilder

Dr. Wilder grew up in Honolulu, Hawaii, the sixth of seven siblings. She attended Punahou School with a young Barak Obama, does a lovely hula, surfs poorly, and was a triathlete until blindsided by a wayward Golden Retriever. Dr. Wilder met her husband on her first day of college and has three beautiful daughters, including twins. Dr. Wilder revels in inspirational books and recently published her own, “Mouths of Babes: Everything I Learned in Medicine, I Learned from My Kids.” When not working (never), Dr. Wilder enjoys yoga, hiking, healthy cooking, and singing to the car radio. She is passionate about transformative healthcare.